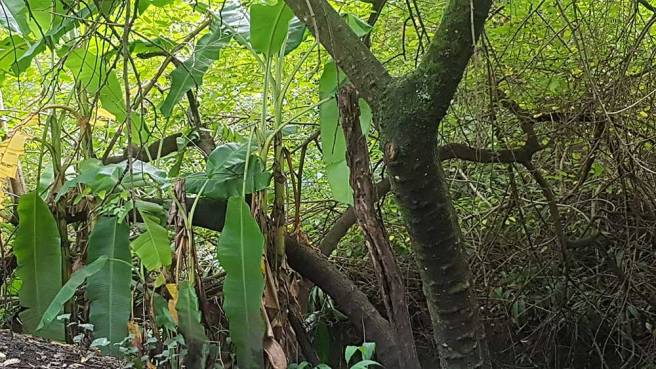 Day 466 : Gossip and redefining ME

And listing out the verbs it was: to undermine, to put it down, to belittle, to make small, to sabotage its confidence. And the presence of such a personality in my mind would say things like: stop showing off – don’t expose yourself – you better keep quiet – you are too big for your boots – know your place – you’re so selfish… you ought to be ashamed… if all of those statements, feelings, could be rolled up together into a general shadow looming in my mind that would well describe my experience of ME that accompanies my self exposure in expression – a sword of Damocles – to exaggerate – so as to expose it more – though the feeling in itself is subtle.

Writing out these back-chats – with a pen – I realized how much these words derived from actual experiences of sibling bullying and manipulation – were words that I had internalized – and made my own – and strategically allowed to be as my own controlling self attacks – and as I wrote the words, my writing faltered, becoming smaller, tighter, with a hesitance coming into it, more and more restricted, as if I’d strayed into an environment of judgement – a mine field – to exaggerate again – in which me allowing the flow to continue – could be dangerous…

Such dramatic terms, and all of them derived from realities that once existed, yet now continued to exist within my mind – it was not that I had no responsibility in this, they were not just simply imprinted into me without permission – I recreated these ‘family’ relationships as energetic constructs in my mind – it was like I put a cast of characters together to represent the different forces in my mind – it was my design of how I was to operate as an expression of my family group – as an imitation of it, but as an independent entity – carrying along with me a group of working models of a possible existence as a mind – in a world that was otherwise unknown to me – so it was like in the absence of an alternative, I accepted and allowed these constructs as a backing – I construed them as a form of strength, as an independence aid, and in relation to these constructs I conceived myself as less-than them – seeing that for them to operate and function in a ‘natural’ manner, I conceived them as a ‘truth’.

These are like the technicalities of child robotics in a world of consciousness. Essentially within this voluntary scheme my definition of ME would be required to dwindle, atrophy, to become no less and no more than the ball in the game, rather than the game itself, rather than the stadium in which the game is played, or the world in which the stadium is built. All of this I willingly accepted; it was not like I had been destroyed – after all, my experience of me remained within the center of it, subjected constantly to the permissions that I resonated out. Here I was like a ME design submitting to the ways of consciousness.

Now I need to round it up a bit; I am aware that spite may enter into and interfere with my understanding of the family dynamics – seeing that both the spite and blame and my judgement of it both play a part and are a part of it – here is where I stand in that experience where it is not clear how much of what I see is my projection – where in one extreme it all seems like all projection and blame and in the other extreme it seems that what I see is absolutely true; and yet in both I tend to veer away from this reference to ME that I know so little of, this reference to ME that has been so long cast within taboo.

Knowing so little of what exists within and as this ME, I have spent many years standing literally on the brink of it – it is as if so far the physical reality that I have actually entered into is like various groups of cells and muscles in my lips – living in and as the Brink – so far short of doing such as a thing as actually for real walking on the Earth.

Implicit in the path of self-intimacy is self-honesty: where could Into-Me-I-See lead without first clearing for myself what definitions I have accepted and allowed as ‘ME’? To apprehend the fact that each of us are standing by this cosmic gateway we have to clear away the thorns and brambles that have grown in front of it. ‘Cosmic’ yes, as an expression of Magnificence, but Cosmic also in an Earthly sense, as a glimpse into this physical substance that as yet we know so little of, or of ME as being a part of. So, seeing this word ME as if for the first time, I realise that yes I may have lifted up a corner of the veil, and that this glimpse is here supporting me to further clear and clean the word, and honour it.

What would be the thorns and pains around the word ME that would make such natural honouring an impossibility? Something that I have realized in this writing is how much the word ME had figured in this life as almost like taboo – being connected to the cardinal sin of Selfishness – a word used often in the day to day manipulations of my family life – judgements of my badness, in which using the word Me came to have some guilt attached to it.

I forgive myself that I have accepted and allowed myself to read the word: Into-Me-I-See, and not seen within myself how much and to what extent I have brushed past the word ME that is at the core of it, and so have within that not seen ME at all but only seen within my mind an idea of that, an idea of ME that is pleasing to me, and yet not real.

Support for All at Desteni

Redefining and Living Words – SOUL –  The School of Ultimate Living

eqafe.com – Invest in a wide range of Interviews and Support yourself to Self Perfection
Journey To Life Blogs – Read the blogs from those walking the 7 year journey to life.