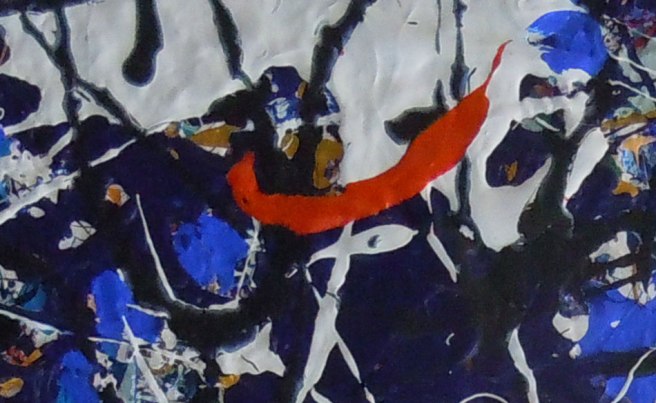 It’s interesting how I did not see what I was doing while at the same time it was obvious: there is that normalization effect within the way of seeing certain things, the lenses one might tend to use, the framing, the back-drop context, the lighting, as if all of these had been used habitually and in time, hardly noticed, where I had believed that I was simply in my mind just simply looking at a word – and yet what was happening was that I was already way out into the ethereal and looking for a reference of me within some projection of a blue print in the abstract: all of that I see now as part of my way of coping with the energies that I had accepted and allowed to exist and to activate from within the word Purpose. It’s interesting how if one puts authority into a thing, then it remains as a source of reference – in this example, looking to the ends of the world as if to see the signature of the detail of my relationship to existence as a whole.

Within this I had sort of veiled or muffled the word within an illusion of ‘knowing’ in my mind, of where to look and find the how of ‘How my life applies’, with a scanning of the Ether, as if checking once again, for a certain constellation, and within not finding that, but ‘knowing’ that it was there, somewhere in some way or another, there is a giving up as the effort, good intentions, dissipate into the void, and what I had accepted and allowed within this was a belief that I had placed myself in an ok light, as some sort of frisson of nobility within giving up of an attempt to embrace it all…

Standing in the shoes of an emotional relationship to the world, the world of words, through which the shape of my life path I have formed by definition and decision making in emotion and according to emotion – and seeing this aspect of myself, of how I have created me – then from in the midst of patterns such as this, I see how the word Purpose stands out as a distant key, as a distant solution, something inconceivable, something beyond, as seen through the eyes of a world of automated experience and accepted fear.

Here I see from this perspective how rather than in seeing how small I’d made myself in relation to this word, I had not questioned that but I had instead in a way fallen into a particular way of being towards this word, of basking in the glory of this apparent absolute, somehow satisfied in this regard with having purpose as an implication only.

In a world of words that have emotional experience at their fore-front, there is a distinct path dictated by the emotional reactions, the negative and the positive motivations, within conditions of having no go areas, and accepted limitations – this is where seeing back into my past I see it’s like how I accepted and allowed a maze creation process, where decisions were made from out of emotion, and walls erected and designed for the management of each moment, and within that process I am in an illusion that the maze exists, I am in an illusion that the maze exists in separation from me, that if I were to look across it I might see the overall plan of it, not realizing that I was creating it spontaneously, that there was nothing more to it than the immediate twists and turns and walls and dead end passageways that dictated the outline of my comfort zone in each moment, according to my own equations of how to be in an experience of myself in relation to emotion.

What of the walls of this maze? The surfaces of wall in these scenarios were experiences that I had defined as fear, and in a way, that had been enough, rather than looking further into it and seeing within that fear an almost physical experience of my separation from myself in facing who I am in self dishonesty, where conveniently in a way I have been satisfied instead to see it as being fear only, fear in separation, in a way to justify the reactions, to stabilize the comfort zone, and make the fear into a target of blame.

So it’s easier to see how and why from within and as such an emotion dominated life phase/experience, the word Purpose would be construed so distant, so unreachably far, so ethereal, so overarching, while at the same time seeing the bullshit narrative of myself within and as these projections, where reminders of responsibility, such as with the word Purpose were not to be included.

So, it’s in seeing myself within this game, that I find a point of access to the word. And also a glimpse of an agenda that is working for a purpose that is not in support of self or of life but for the purposes of a personality system of consciousness – to survive, to protect the comfort zones, and so the fears that define such zones, and within this, Purpose without responsibility, functioning in a Dark Mind way.

In seeing that, and asking what energy within that and around that point, I see an energy of denial, with all kinds of protections of the secret mind, where in a way sometimes seemingly at all costs who I really am as Purpose is secret, not to be exposed. Within this there is a fear of the experience of shame and intense guilt where I envision my charade of being ‘good’ collapsing, the consequence of being called out, and the game being up.

So a couple of dimensions of Purpose where it becomes clear that I have been – fishing in the sky – in a way – so here some new beginnings into clearing this word for me, to a bringing it into the physical reality zone that is here now today, each day, to equalize myself with purpose here and to release the energies that I have accepted and allowed to exist within it.

SOUL –  The School of Ultimate Living is an online community of people interested in
discovering and developing their utmost potential
eqafe.com – Invest in a wide range of Interviews and Support yourself to Self Perfection
Journey To Life Blogs – Read the blogs from those walking the 7 year journey to life.
Self and Living – Practical Living Support To Live to Your Utmost Potential
DIP Lite – Free Online Course to get you started with learning the Tools of Self Support
DIP PRO -A Desteni Course for those Ready to Walk the Journey to Life